You are here: Home / Archives for death 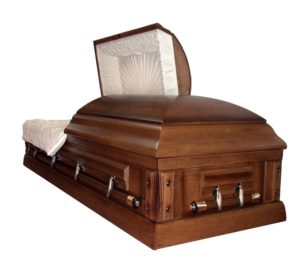 With the snow we’ve had in the Indianapolis area recently, it got me to thinking and telling the story to my kids of how I almost died one year in college during a sledding accident. I was a sophomore at Mount Vernon Nazarene University.

On Sunday, January 3, 1994 my friends were going sledding at the golf course after church.Â  I told them I had gone to Pleasant Hill Dam the day before and it was great. I convinced them to go and I went with them.Â  We all loaded up into a friend’s gold Ford Escort and made the trek from campus to Mohican State Park area where the dam was located.

We finally got to the backside of the dam. I grabbed the inner-tube off the top of the car and said “Now this is how you do it”. I walked over to the top of the hill and pushed off (mistake #1).

The previous day the snow was fresh and powdery, that day it was a solid sheet of ice and fast.Â  The day before we had gotten to the bottom but not at any great speed. About half way down the hill it leveled off for a second and we had built a ramp.Â  The day before, anytime I had ever hit the ramp I flew right off the tube.

Today, I just flew. I hit the ramp and flew about 30ft. through the air and landed at the bottom of the hill.Â  When I landed I couldn’t believe it, I did realize that I was going way too fast and was going to hit the chain link fence pretty hard. I decided to roll off the tube so I would stop (mistake #2). You’re probably like most people, when you go sledding you bundle up and try to wear somewhat water repellant or resistant clothing. Now, before we left I had put on bike shorts, long underwear, sweat pants, a t-shirt, two sweatshirts, and…. my waterproof running suit.Â  I was now a human sled.Â  I hit the fence with such force I pushed myself and the tube under it.

As I went over the wall and saw the water I thought to myself “This is going to be cold”. I hit the water (I was right). I went under and it was just like TV, the bubbles everywhere and I was looking up through the surface of the water at the sky. I fought my way to the top and inhaled as much air as I could. I tried to swim to the wall I’d just flown over to hold myself up. The wall was too slick and icy and there was nothing to hold on to so I sunk below the surface again.Â  I decided to try and push off the wall and swim towards the center of the stream to get out into what little current of water there was at the time.Â  As I pushed off the wall, I noticed a guy at the top of the 15′ wall with a 3′ branch trying to help me. All I could think was “You idiot”. By now another guy had rushed down the hill and was trying to wade upstream towards me, he was really far away and I thought to myself that there was no way he was going to get to me in time.

All those clothes I’d put on before were now completely soaked and heavy, they were slowly pulling me deeper and deeper into the water. The frigid water had sucked all the energy out of my muscles and I couldn’t move.Â  As my body slipped below the surface again, I looked up through the water at the beautiful, blue sky and thought “Well, this is it. It’s actually quite peaceful”, and I gave up.

I’m not sure how long it was between me giving up, but somehow, the wading guy made it to me. He pulled me up from my arms and said “Fight, you’re not going to &@)%^ die” and pulled me over to the rock wall. Another group of people threw down a rope and pulled me to the top of the wall.Â  As they started taking my jacket off they leaned me over the wall and I was looking straight back down to the surface of the water.Â  I told them they had better not drop me back in there.Â  I heard someone next to me say I was the third person he’d seen go over the fence that they had to rescue. I thought, “You might want to strengthen the fence then”.

People grabbed a cheap, plastic sled and they laid me in it and started dragging me back up the hill.Â  Every time they would pull on the sled I slipped out of it a little. I finally completely came out of the sled. I said, “Forget this”, and I started running up the hill in my bike shorts, no shirt, and my sock feet. The guy that just came close to drowning is beating everyone back up the hill, it’s amazing what adrenaline will do.

To shorten up the story, the park ranger and rescue squad arrived. My heart rate was extremely low and my body temperature was 94 degrees.Â  I spent a few hours in the emergency room with huge heating pads all over me. We got back to campus about 7:00pm and many in the student body, professors and staff already knew about the event. So I began telling this story for the first of many times to come.

About 6 weeks after the accident I still couldn’t feel my toes, but other than that no permanent damage. Just another experience in my life. Maybe I’ll share the stories of the other two times I should have died sometime on the blog.

Undergoing a divorce can be complicated for the spouses involved and the entire family. One crucial … END_OF_DOCUMENT_TOKEN_TO_BE_REPLACED

Even though electric water heaters are pretty popular in homes worldwide, gas water heaters have … END_OF_DOCUMENT_TOKEN_TO_BE_REPLACED

Photo by Maria Ziegler on Unsplash Scottsdale had an average appreciation rate of 56.21 percent, … END_OF_DOCUMENT_TOKEN_TO_BE_REPLACED