You are here: Home / Archives for education

We spend most of our time looking ahead and above, but how often do we really look down? Well, if you're a geo-physicist, or a geo-scientist, then you probably spend a lot of time looking down, since so much of what we know about our planet is what we find beneath its surface. Geo-science is defined as the study of the earth's surface as well as what's below it, and so much of what we have today -- water, oil, gold -- comes from below it, and we have our scientists to thank for that.

Underground exploration and other types of excavations are done using very specific tools, such as drills that create deep boreholes below the surface, and special meters that can detect electrical and magnetic activity. Scientists actually use boreholes and electricity to find underground water and oil sources - boreholes are drilled several meters apart and down; electrodes are inserted into each borehole, and then electricity is conducted between them. The resulting graphs that are generated show what the electrical current has bounced off of or gone through - such as a deep well that is bubbling with oil. Geo-scientists can then decide whether or not to dig, and how to best approach an underground source. Sometimes excavation can be done from straight above, while other times equipment will have to come in at an angle in order to avoid upsetting delicate underground structures (such as fissures and caves).

Geo-science can also assist with the management of natural above-ground water sources, such as rivers and lakes. If man-made dams need to be built or repaired, the use of geophysical equipment can assist with planning out a damn, setting up its foundation, and then proceeding to damn up the water in desired places. The study of our planet's surfaces and sub-surfaces is an old one, and it's a study that will continue for hundreds of years. So much of our planet has yet to be explored. Thankfully, as technology continues to evolve, so do the tools that are used. You can visit this website to learn about some of the tools used. Today's tools include earth imaging equipment and resistivity measuring equipment. These and other pieces of equipment combine with today's wireless technology to provide scientists with valuable knowledge about the planet we live on.

Last week I got the opportunity to catch a sneak preview of the new Kevin James movie, “Here Comes the Boom“. I could just stop writing right now and tell you to go see it and that’s all you’d need to know. It’s a great movie and generally family friendly. My wife and I went to see it with another couple and had a great time. Well, we would have had a greater time but we got there a little later than planned and couldn’t get seats together. My wife sat with our friends and I was in the row in front of them. When another couple came in later than us the wife got stuck near the front of the theater and her husband ended up sitting in an empty seat next to me. I decided to at least let one couple enjoy the movie together so I traded seats with his wife so they could sit together.

Kevin James, one of my favorite comedians made famous by his role as Doug Heffernan on the TV show The King of Queens, plays Scott Voss, a tenured public school teacher who probably resembles at least one of the teachers from your school days. He used to have that spark about teaching, but the flame has all be been extinguished. When cutbacks to the school’s budget cause the local band teacher, played by Henry Winkler, to lose his job, Kevin somewhat stumbles into the saving-the-day without a clue.

While trying to figure out a way to raise money to save Winkler’s job, the most profitable idea ends up becoming a MMA fighter. Let the hilarity ensue as Kevin’s character tries to keep from getting killed in the ring, fired by the principal and finally succeed at convincing the school nurse, Salma Hayek, to go out with him on a date.

It’s good to see him with another legitimately funny film like he had with Hitch, instead of Paul Blart: Mall Cop and Zookeeper.

Just watch the trailer below:

The movie doesn’t open for another couple of weeks, so make your plans now to go see it. If you’ve got kids 10yr and 12yr like I do, I think you’ll be absolutely fine taking them with you. Something I definitely can’t recommend for The Green Hornet, oops!

After you go see it, come back here and let me know what you thought of the movie. 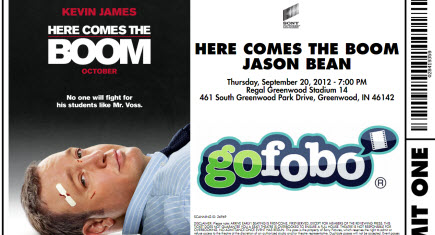 Hereâ€™s an interesting video that a friend shared with me about education. The animation was done as a result of a speech given by Sir Ken Robinson. Hereâ€™s a brief bio of just who this Sir Ken guy is from his website:

Sir Ken Robinson, PhD is an internationally recognized leader in the development of creativity, innovation and human resources. He has worked with governments in Europe, Asia and the USA, with international agencies, Fortune 500 companies, and some of the worldâ€™s leading cultural organizations.

He has some inspiring and condemning thoughts on just how we see and address things in our society and in education. If youâ€™re like me, after you finish listening to him speak, you may want to hear more of his thoughts. If thatâ€™s the case you can follow him on Twitter like I did.

The animation was done and sponsored by the Royal Society for the encouragement of Arts.

Watching this animation reminded me of the art that John Uhri creates with his Sketchnotes.

Hat Tip to my friend Brian for sharing this on his Facebook page where I originally saw it.

It still surprises me the number of people that get taken by these types of spam emails, normally … END_OF_DOCUMENT_TOKEN_TO_BE_REPLACED

For many people, drinking several cups of coffee a day is a lifestyle choice. So, considering how … END_OF_DOCUMENT_TOKEN_TO_BE_REPLACED