You are here: Home / Archives for Tom Brady 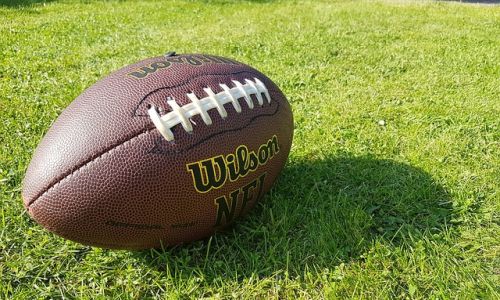 With the NFL regular season over, we come a step closer to answering the question that has been on the minds of football fans across the USA, and indeed the world, since before the season began. At 40 years of age, can Tom Brady really take the Patriots to a sixth Super Bowl victory?

We will know the answer soon enough, but whatever happens in Super Bowl LII it will not alter the fact that Brady will go down in history as one of the greatest ever quarterbacks. In fact, many say he is already the greatest of all time, and when you look at the statistics, that is a difficult contention to dispute. Let’s find out more.

Legends in Their Own Time

Sports fans are a partisan bunch of people. Ask ten people to name the greatest in any discipline and the answer will be influenced by their own experience and personal observations. Anyone who obsessed over football in the 80's will immediately think of Joe Montana. Whatever you thought of the Niners, his partnership with Jerry Rice was the stuff of schoolboy comic book heroes.

But then the 90's and 00's brought the toughest nut of them all, Brett Favre. And what about Peyton Manning or Troy Aikman? Those of an older generation might argue the case for the late great Johnny Unitas as one of the few players from the 60's who would be able to hold his own in the modern game.

The NFL loves its stats, and when it comes to Super Bowl passing records, Brady leads almost all of them. When he led the Pats to victory for the fifth time with last year’s astonishing comeback to beat the Falcons from nowhere, he usurped Joe Montana at the top of the list. He also holds the record for most Super Bowl MVP awards, with four (Montana has three).

On top of that, he holds practically every passing record in Super Bowls, with the most completions, passing yards and touchdown passes in Super Bowl history.

When it comes to the regular season, the case is not quite so clear-cut.  With 61,500 passing yards, he is fourth in the all-time list, and still 10,000 yards short of Peyton Manning’s NFL record. Brett Favre and Drew Brees are also ahead of him.

He is also in fourth place in the all-time list of pass completions. This time, it is Favre who is in top spot, with 6,300, and Brady needs more than 1,000 more to catch him up.

In terms of regular season wins, Brady is in third place, but only three victories short of Favre and Manning who hold the joint top spot.

Not All About Statistics

On paper, then, Brady is without doubt the greatest ever Super Bowl quarterback, while arguably he still has some way to go to catch Peyton Manning and Brett Favre when it comes to regular season performances.

But a football game is not played on paper. We mentioned Montana earlier as the name most will argue as the “greatest ever,” and that had more about good old-fashioned heroics and being Joe Cool than it did about the stats. If anyone was in any doubt about Brady in that regard, he proved what he was made of in Super Bowl LI. As a kid, every football fan read stories about a quarterback leading his team from some impossible deficit to win it in overtime. Here was Brady doing it live in front of a TV audience of more than 110 million.

Of course, the other thing about Brady is that despite being 40, he is still adding to those statistics, and if the rumors from some quarters are to be believed, there could be as many as five seasons left in him yet. So, will he add to that tally of Super Bowl wins and stretch his lead over the rest still further? For an unbiased and objective answer to a question like that, ask a bookmaker, and Stakers.com has all the answers.

The Patriots are odds on favorites to feature in their fourth Super Bowl in seven years, quoted at 4/5 to win the AFC and are also favorites for the Super Bowl, at 2/1. Can anyone stand in their way? The Steelers will, of course, be keen to ruin the party and get some vengeance after last year’s demolition job, and when it comes to the Super Bowl itself, Minnesota are now favorites from the NFC and will carry the might of Minneapolis at their shoulder.

But the smart money is on the Pats. Brady can take whatever the world throws at him and who would bet against a sixth Super Bowl ring, and even more to come. After all, it’s the stuff heroes are made from.

It still surprises me the number of people that get taken by these types of spam emails, normally … END_OF_DOCUMENT_TOKEN_TO_BE_REPLACED

For many people, drinking several cups of coffee a day is a lifestyle choice. So, considering how … END_OF_DOCUMENT_TOKEN_TO_BE_REPLACED