You are here: Home / Business & Career / Thanks Chase and PayPal, But Let’s Balance Security and Inconvenience 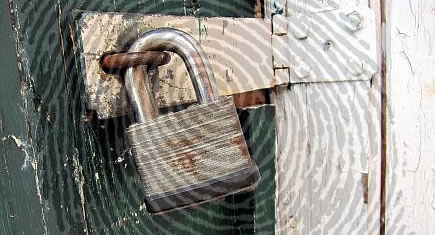 This weekend I was out of town and in a different state. My family and I checked into our hotel and then headed out for a bite to eat at the Bar-B-Cutie restaurant in Franklin, TN. After dinner we needed to stop by the local Target store and pick up a few things. That in itself was an adventure because right about the time we were heading to checkout there was an alert over the PA that there was a tornado warning in the area and they were directing everyone to the back corner of the store next to the fitting rooms. The only issue with that was our 14yr old son decided he didn't want to go in and was in the van out in the parking lot. My wife was told she wasn't allowed to leave the store now and that our son wouldn't be allowed to come in during the warning. I wasn't having any of that so I said I was going out to get him and bringing him back in. Everything worked out fine there and we were okay. (On a side note, my son was curious and did a search on Instagram for #trappedintarget and had a result from someone that was stuck in that same store only 8 weeks earlier.)

After the drama passed we finished our shopping and went to checkout and my Chase business debit card was declined. I knew there was money in the account so I wasn't sure what the issue was. The magnetic stripe on the card is pretty worn and should be replaced, but I had used it with no problems for dinner earlier. When that card was declined I pulled out my PayPal MasterCard and tried to use it, it was declined as well. What's going on! One bank was curious, but two completely separate banks with my accounts that I knew there was money in and the charges are getting declined?

Eventually I remembered that this had happened before when we were travelling and I thought maybe that Chase saw the out-of-state purchases and shut down the card for fraudulent charges. Sure enough, I called Chase Customer Support and that had been the case. When we got back to the hotel, I confirmed that the same thing had been the issue with my PayPal account as well.

First let me say that I appreciate the pro-active response by both Chase and PayPal for taking these measures, but here's my suggestion on having it be less of an inconvenience for your customers.

Once I called Chase, I confirmed that I was traveling out of town and that the charges were in fact okay and I needed them to release the hold. The resolution was that they would send me a text message confirming that I was traveling out of town and all I needed to do was respond with a "1" if I was out of town or "2" if I wasn't traveling and the charges were indeed fraudulent. That's awesome! Why not do that for the very first charge they identify as an out-of-state purchase? Wouldn't that be the quickest way to confirm and less impact on the customer? Granted, perhaps the customer does't respond and more charges are approved, but couldn't you just force a response within a certain amount of time or the card is locked-down immediately?

I should also point out that for me this absolutely confirms my previous feelings about using PayPal as a currency payment option. I do quite a bit of transactions with PayPal online and many of my clients use them for online payments as well. I know many times clients have customers that don't want to use PayPal as their payment method because they don't "trust" it because it's not Visa, Mastercard or American Express... because they've all been so trustworthy for everyone right? I do believe that PayPal should make it a little more user-friendly and prominent to allow people to make payments via their network without actually signing up for or requiring a PayPal account.

It still surprises me the number of people that get taken by these types of spam emails, normally … END_OF_DOCUMENT_TOKEN_TO_BE_REPLACED

For many people, drinking several cups of coffee a day is a lifestyle choice. So, considering how … END_OF_DOCUMENT_TOKEN_TO_BE_REPLACED