You are here: Home / Archives for Bill Gates 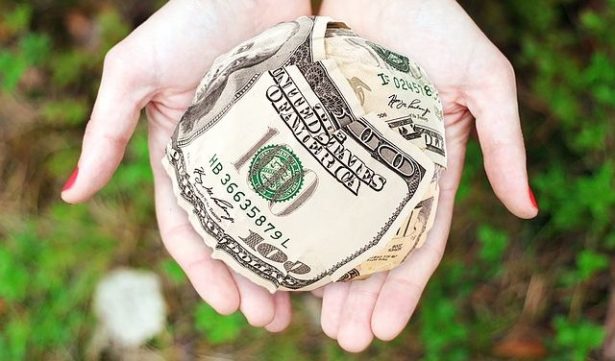 While some might argue that business philanthropy is a duty or is done simply out of a desire to help others, the real reasons behind the philanthropic efforts of America's top business people are often more complex. Certainly they feel the same human urge to give to charity as anyone else, but this is augmented by the motivation to change the world and make a difference that drove them to become successful in their chosen business field in the first place.

Business philanthropy takes place for many reasons. Often when people become successful they want to give something back to the community they've come from. This also helps them to feel connected to that community. By giving something back they become more deeply rooted; and it helps them to feel a sense of empathy and belonging. Success and great wealth may have benefits, but can also be extremely isolating. Philanthropy is one of the best ways to overcome this feeling.

Business philanthropists may also give to causes that they have no direct connection to, but which are nevertheless close to their hearts. Examples might include endowments to the hearts or aid projects in the developing world. Again this gives a sense of fulfillment, of making a real difference to the world. This sense of personal fulfillment is a key factor in individual happiness. In the case of rich philanthropists, it comes down to knowing that all of the money in the world is as good as worthless if you can't do something good with it.

Many philanthropists want to get more directly involved with the causes they support. These individuals often set up their own charitable foundations and, as well as giving money, apply the knowledge and instincts that have served them so well in business to achieving the charity's aims. The innovative thinking and business acumen they bring to charity work can often be as important as the millions of dollars they raise.

There is also the matter of courting public opinion. No matter how selfless your philanthropy might be, or how much you avoid publicizing it, good deeds and charity work will inevitably reflect well on your company. This can't help but improve the standing of your brand in the eyes of the public.

Involving employees in hands-on community engagement, such as tree-planting days or outreach events with the elderly, can also boost staff morale and make your workers feel they're involved in something nobler and more important than simply earning a paycheck.

In 2017 America's wealthiest individuals donated $14.7 billion to good causes, more than double that of the previous year. Some of these philanthropists are well known. The Hungarian-American investor George Soros has a personal net worth of over $8 billion but has donated over $32 billion to Open Society Foundations, the organization via which he funnels his fortune to initiatives to reduce poverty, increase educational opportunities and promote transparency in business and politics.

Microsoft Founder Bill Gates established the William H Gates Foundation in 1994, relaunching it as the Bill and Melinda Gates Foundation six years later. In 2006 Gates announced that he intended to spend less time on the day to day running of Microsoft and to devote more of his energies to the Foundation's activities. With over $50 billion in assets it is considered the largest private Foundation in the US, and works towards improving healthcare, educational opportunities and access to IT, as well as tackling extreme poverty worldwide.

As of 2013, Bill Gates had personally donated $28 billion to the Foundation. It has also worked closely with Warren Buffett, at one time considered the world's wealthiest individual, who in 2006 pledged to give 10 million class B shares in Berkshire Hathaway to the Foundation over several years. The first year's donation alone was valued at $1.5 billion.

Charles Phillips' charity foundation, the Phillips Charitable Organizations, was established when the Infor CEO and his wife Karen combined their existing charitable organizations under one umbrella. The private non-profit gives financial support directly to wounded veterans, single parents and students in engineering and technology. Phillips' own background in the US marines obviously underlies his support for those injured while serving their country, while the direction of student support reflects the technology specialisms of Infor, the global software provider.

All of these business philanthropists give for different reasons, but all are making a huge difference to the lives of millions of people around the world. In many cases they are also supporting research that will benefit generations to come. This in itself is surely a source of satisfaction and fulfillment and is money well spent.

What is it that drives successful entrepreneurs, such as Microsoft founder Bill Gates, to dedicate substantial amounts of their time and effort to helping others? Philanthropy is certainly popular with the business elite, and the value of their input can be huge: entrepreneurs know how to make money, how to get things done and how to establish successful systems, all of which are hugely important skills in philanthropy. But what is in it for the business people themselves?

In fact, philanthropy can be very helpful to the entrepreneurs. Such people are often very driven, and deliberately seek out challenges. Solving the problems of the poor, the dispossessed and the marginalized are certainly huge challenges, and helping to find solutions can give the entrepreneur an equally huge sense of achievement, purpose and satisfaction. Philanthropy can also give them a chance to connect with their local communities, or communities with which they have some link.

An excellent example of this is found in Ehsan Bayat, a business giant who arrived in the United States as a refugee from the Soviet invasion of his native Afghanistan. In 2006, Bayat founded the Bayat Foundation, dedicated to improving lives in his country, which has been devastated by conflict over many years. Despite great success in business, Bayat continues to work tirelessly promoting the work of the Bayat Foundation. For example, in March 2015, the organization sent the equivalent of US$100,000 to help Afghans affected by a massive avalanche in Panjshir Province, around 60 miles from Kabul. The Bayat Foundation also pursues projects related to healthcare, education and water supply.

Of course, philanthropy brings benefits that are more tangible for business people, too. It can unite colleagues behind a shared cause, and thus encourage them to work together effectively on professional, as well as philanthropic projects. Being seen to be charitable can undoubtedly also add value to an organization's brand and encourage potential clients and associates to engage with that brand.

However, most philanthropic entrepreneurs, whatever their motivation, are less interested in giving handouts than they are in helping the disadvantaged to help themselves, and that is where their entrepreneurial skills really come into play. Many people can donate money to a cause, but relatively few - the entrepreneurial, in fact - can help the less fortunate to develop systems and skills that will give them a long-term future, such as education, business skills and access to useful networks and influential people. Thus, for as long as there is inequality in the world, philanthropic entrepreneurs will be serving a crucial, humanitarian purpose.

It still surprises me the number of people that get taken by these types of spam emails, normally … END_OF_DOCUMENT_TOKEN_TO_BE_REPLACED

For many people, drinking several cups of coffee a day is a lifestyle choice. So, considering how … END_OF_DOCUMENT_TOKEN_TO_BE_REPLACED