You are here: Home / Archives for international

When you are thinking about expanding your business internationally there are many things to consider, not least of which is who you are going to work with. When considering your business partners, should you stick with people you already know and who live in the same country as you, or should you broaden your horizon and consider partnering with foreign contacts?

Businesses may want to expand internationally for several reasons. It could be that a business has plateaued in homegrown markets, saturating the market with their goods or services, or perhaps a business develops a product that has more potential in foreign markets than its own. Opening up an international branch of a company is one of the best ways to increase sales and increase brand awareness, but there are plenty of possible pitfalls along the way.

Perhaps the biggest obstacle is the fact that your preferred location may be an unknown entity, especially if it is a region that has a significantly different culture to your own. This is where local contacts will be of the most use to you. Building a relationship with someone who already has a personal and business presence in your intended area will enable to you to gain a much quicker foothold there. Take the Middle East as an example. It is a region that operates under completely different rules to the United States and has a different mindset, which means a different way of doing business and conducting relations.

You may think that opening up in a region like the Middle East that is so unlike your own is simply not worth the effort, but you may be missing out on huge opportunities if you do. Plenty of businessmen, such as Fahad Alrajaan, who is currently the Director General at the Public Institution for Social Security, but has a background in property development and investments, recognized the potential in such areas and established businesses there. The huge demand for infrastructure and development has opened up the doors to the Middle East, but if you do not know anyone there, you may have trouble making worthwhile contacts.

Local contacts could also help you overcome any language barriers you may encounter. While English is a common second language in Europe, for example, it may not be the case in Asia or Africa. If your local contacts are themselves used to doing business with foreign contacts, it is likely they are, at the very least, bilingual and have a more than competent use of the English language. They can, therefore, act as translators for you when you have to communicate with customers/suppliers who do not speak English and ensure that elements are not lost in translation or you are misunderstood. They will also be able to educate you in regard to the way things are done in the country. Even simple greetings, such as a handshake, may be unacceptable, even rude, in your intended region, so it is great to be able to rely on someone who can tell you how to act and what to say to make the best possible impression.

Local contacts should also be far more aware of local rules and regulations than you, which may prove both timesaving and cost-effective if you are able to take advantage of their knowledge. Their knowledge may help you to avoid fines for breach of regulations or even penalties, and understand what taxes you need to pay, as well as import duties.

Such contacts can also prove invaluable for those times when you are at home. If you are operating a factory or retail outlet in a foreign country, you need eyes on the ground to alert you if there are production problems or logistic issues. Even such processes as onsite quality control need to be ably supervised to avoid any instances of your customers being disappointed in your products, or worse, harmed by them. Locally based partners in your business will also be able to keep an eye on your staff, ensuring they are working properly, addressing any concerns and solving problems as they arise rather than letting them fester for when you are next in town.

Working with local contacts is one of the surest ways to keep control of your business when setting up abroad, as they can act as your eyes and ears and even tutor you in the ways and manners of their country so that you become as professionally adept as they. 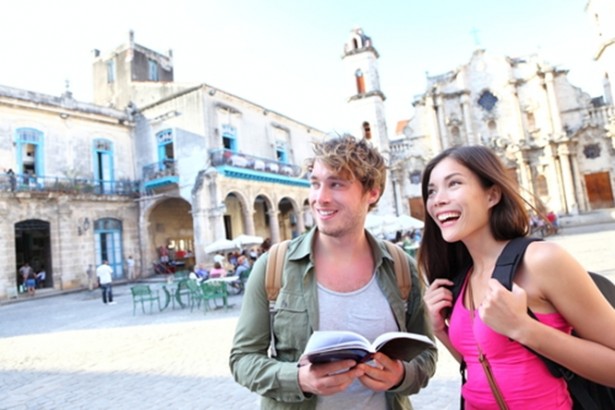 Step Out of Your Comfort Zone

International travel will expand your comfort zone. While this might not sound like fun for some people, travel continually asks you to reevaluate your priorities. You will learn a lot about yourself when you travel. Backpack across Europe or drive the Australian coast. These experiences can show you more than you ever imagined and break you out of your zone. While in New Zealand you might go bungee jumping (after all, the Kiwis invented it), something you thought you'd never do. Traveling internationally can help you realize your true potential and self.

Disconnect from your everyday life. Re-energize your ambitions. Rekindle a spark for your professional life or romantic relationship. Distance gives perspective in all things. Sometimes this means metaphorical distance, but in this case, you might actually want to visit China, take one huge step back. This can help you look at any stressful situations back home objectively. Hike the Great Wall of China, visit Guilin for the best Karst landscapes and meet new and exciting people. Arrive home and tackle your life head on and recharged.

While bungee jumping in New Zealand was an adrenaline rush, driving in a foreign country, like Great Britain, is much more dangerous. If you want mobility in your travels, then a car is your best bet. Make sure you know the rules of the road particularly which side of the road to drive on so you're international adventure isn't bogged down by costly traffic citations. When you navigate these bureaucratic agencies and finally set off on the road in England or Scotland, Wales or Northern Ireland, it's proof you can handle yourself in a foreign country. This confidence will carry over to your life back home once you return.

New cultures will constantly surprise you. It probably won't always be comfortable. Whether you find yourself at a horse barbecue in South Korea, served grubs or large grasshoppers in Thailand, or watch a family of seven all climb onto a single motorcycle while you're in Nepal, you'll find yourself accepting things you would have taken issue with just weeks before. When you can accept the way things are, instead of stressing about how you wish things were, you'll relax and simply go with the flow of life. You'll become more open to suggestions and so easier going.

While travel has many rewards, it comes with its own bevy of stresses. Missed trains or flights are just the beginning. I try to get a private jet from Jettly so that I dont have to face the issues of missed flights. A mix up in lodge reservations can leave you without a bed for a night. A broken down train can mean you're stranded in the station overnight, and you'll learn and relearn the navigation of every place you visit. While this can be stressful, you'll learn you can enjoy anything. If you get lost when on the search for your hostel, you'll see some parts of the city you wouldn't have otherwise. A night spent in the train station might lead you to meet someone you'd never have enjoyed the company of if that train hadn't been delayed. You'll learn how you can enjoy every moment. Even the hard ones.

Photo via Pexels Are you growing your business? In business, if you’re not innovating, you’re … END_OF_DOCUMENT_TOKEN_TO_BE_REPLACED

One of the things I love finding when I uncover the Internet is not just a cool website or topic, … END_OF_DOCUMENT_TOKEN_TO_BE_REPLACED

Getting a professional paint job for a house in Lakeway, Texas, is easy. There are many options to … END_OF_DOCUMENT_TOKEN_TO_BE_REPLACED