You are here: Home / Archives for Android

I participated in a campaign for Dad Central Consulting on behalf of Zact. I received a promotional item as a thank you for participating 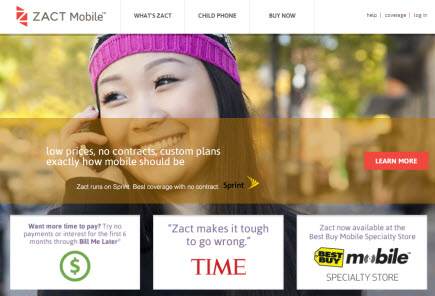 My 14 year old son has had an iPhone now for about a year, maybe more. My daughter is asking for the new iPhone 5C. It's hard for me to have any kind of argument to tell her "No", when my son has one, but there is a couple of years difference in age.

Not long ago I learned about a service called Zact as part of my involvement with reviewing products for Dad Central Consulting. This Zact plan looks to have all the types of features I've been looking for in order to have a little more control and oversite of what my kids can do with their phones. I want to have the convenience of having them have phones, but concerned about the potential Pandora's Box that gets opened with the capabilities of devices today and the tendencies of what I've been hearing becoming more and more prevalent among teens.

If as a parent you are worried about what your children can encounter on the internet, you can find out if spy-bubble is detectable as a spying app and always check if your kids are having fun online in a safe way.

Watch this video to see all the features I think parents should be able to expect to have on their phones with their providers. It looks like wading through the options and devices is on more than just my mind with the popularity of this USA Today article.

My daughter's current phone on our plan contract expires in February, we're currently paying over $40/mnth for her phone and it's not even a smart phone. My son's phone is currently on my mother-in-law's plan using her old phone, but thinking with features like this, it may be worth it to merge the two onto a new Zact mobile shared plan. 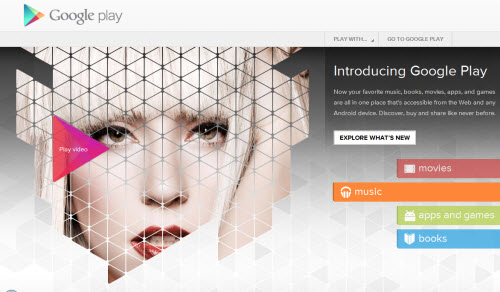 Have you visited the Android Market recently? If so, then you’re aware Google has made a little change to how they’ve organized their content for your mobile device.

There’s now a website called Google Play that brings together movies, music, books as well as apps & games in one place. It’s a nice and clean interface. Whenever I need to do a bunch of app management for my phone I always try to remember to get it done through the online portal to my Android phone.

It makes it very easy to delete, search for and install new apps right to my phone with the advantage of getting to use my laptop screen, keyboard and mouse. 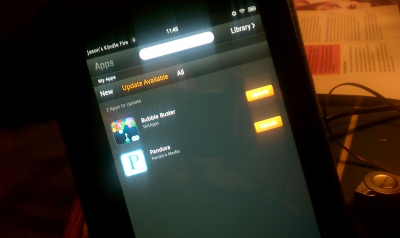 With multiple Kindles in our family and multiple Android devices, I’ve come across a little bit of an opportunity for Amazon to really improve something. Amazon needs to improve app management across users and multiple devices.

Here’s the problem. When my daughter downloads a book on her Kindle, it automatically gets prompted to be downloaded and available on mine. On the one hand, this can be a great feature. However, the vast majority of books my daughter is grabbing for her Kindle are not ones I want to have to flick through on my Kindle Fire to get to the books I want to read.

The other challenge is that when my daughter (or someone else in the family) decides they want to use my Kindle Fire and download an app, then that app gets pushed for download into my phone as well. Again, seemingly a good feature, but I need a better way to turn it off and tell it to stop trying to be helpful.

In the absence of these features, on each device I should be able to set certain books and apps to be completed ignored and invisible on that device. On my Kindle Fire I know I can long-press an item and have it removed from my device. That’s not too bad, but it could be a lot better in my opinion.
Now, if you’ll excuse me I have some apps I need to go update and delete as appropriate.

Photo via Pexels Are you growing your business? In business, if you’re not innovating, you’re … END_OF_DOCUMENT_TOKEN_TO_BE_REPLACED

One of the things I love finding when I uncover the Internet is not just a cool website or topic, … END_OF_DOCUMENT_TOKEN_TO_BE_REPLACED

Getting a professional paint job for a house in Lakeway, Texas, is easy. There are many options to … END_OF_DOCUMENT_TOKEN_TO_BE_REPLACED