You are here: Home / Archives for Taco Bell 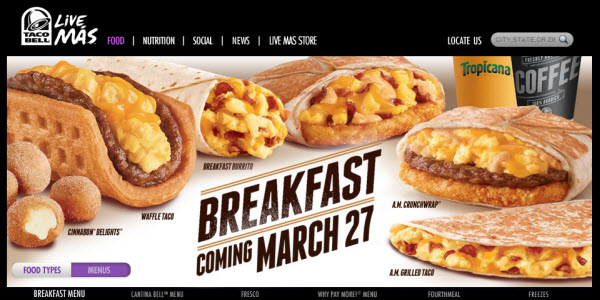 As I was heading into work this morning I caught the tail-end of a news segment about Taco Bell entering the breakfast market on March 27th.

The company is apparently wanting to compete with McDonald's in the breakfast market and the news clip mentioned that that Taco Bell spokesperson stated that it's a vibrant market and there's room for them to compete. Their desire is to "be a strong #2"

For anyone that eats regularly at Taco Bell, you probably already know that being a "strong #2" probably goes without saying doesn't it?

Don't get me wrong, I love Taco Bell. It's cheap, it's enjoyable and it's easy to eat when you're on the run and in a hurry.

But... you may want to re-think your verbiage to be used when promoting your business efforts in the future.

It still surprises me the number of people that get taken by these types of spam emails, normally … END_OF_DOCUMENT_TOKEN_TO_BE_REPLACED

For many people, drinking several cups of coffee a day is a lifestyle choice. So, considering how … END_OF_DOCUMENT_TOKEN_TO_BE_REPLACED