You are here: Home / Archives for video production

In order to succeed in any industry, much less the industry of film, you must take advantage ofÂ all the resources that are around you. I'm a PC guy, but there are some things that I wish I had a Mac for just so I could learn the software and become skilled at enough to be a resource for an employer. Final Cut is one of the most important programs in the film industry, as it is an industry standard that almost all of the major studios use regularly. In order to make yourself valuable to potential employers in the film industry, you should make sure that you learn Final Cut and that you can manipulate video with it according to your own standards as well as the standards of individuals who will be hiring you to edit their videos for them.

When you are taking classes using the program, you should pay close attention to how Final Cut training is preparing you for the industry as a whole. You should be able to quickly learn the basics of the program; however, it will take a lifetime to learn all the artistic things that you can accomplish with the software. This is the same as the film industry. You will always be in a constant state of learning, but you should always have some of the basic knowledge and skills mastered so that you can give yourself as a valuable resource to your employer. 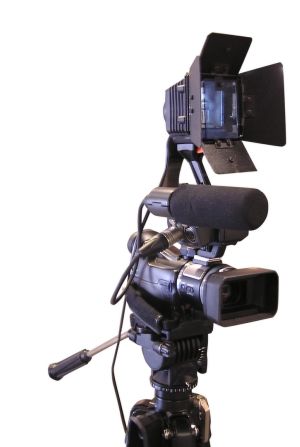 Those looking for a career in the entertainment industry will benefit from film production schools, where they can learn from the professionals. Film editing, new medial production, sound engineering and motion graphics are the main subject areas for getting ahead in the film and television industries.Â Film editing certification implies technical skills, a developed aesthetic sense and expertise in AVID and Adobe Premier. Students learn industry-standard editing and content organization techniques so that they can be competitive for employment at the top studios. Many of the instructors are award-winning film editors who give their experience of turning source material into something great.Â Learning how to get the right sound for movie soundtracks, producing sound design for films and starting a sound engineering company are just some of the things that are possible with a certificate in sound engineering. Subjects taught include recording, mastering, mixing, dialog, sound design and surround sound production.Visual effects are the backbone of many of todayâ€™s films. A certificate in graphics, animation and special effects for film, television, websites and commercials will help students produce the kind of graphics that win awards. Students can learn 3D and 4D applications. Some of the jobs available for certificate holders are motion graphics artists, graphic designers, FX artists, visual effects artists, title designers and 3D techs.Â Certificates are also awarded for new media production. This is about the art of visual storytelling, and there are many digital tools to master to be able to plan, produce, write, shoot, add special effects to, edit, market and deliver a product. Students learn the important industry software and can get hands-on time in labs and job placement services.The animation company singapore leads the industry as a producer of video, audio and editing programs. Students can become proficient on these programs and be top contenders for jobs in television and feature films with this skill. Many AVID instructors have been directly involved with award-winning projects, and students can get the benefit of this experience and knowledge.

It still surprises me the number of people that get taken by these types of spam emails, normally … END_OF_DOCUMENT_TOKEN_TO_BE_REPLACED

For many people, drinking several cups of coffee a day is a lifestyle choice. So, considering how … END_OF_DOCUMENT_TOKEN_TO_BE_REPLACED