You are here: Home / Archives for insurance 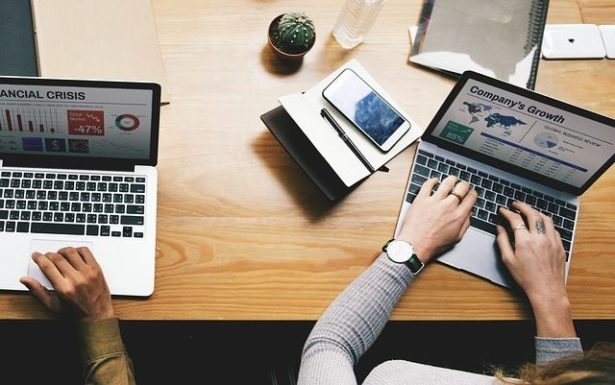 You insure your home with the best First American Home Warranty, now it’s time to insure your business. Whether you are a one-person shop or a corporate conglomerate, you must make certain you are protected against any foreseeable or unforeseeable incident. One thing goes wrong, and you could lose it all. You didn’t work this hard to build your entity to have it gone at the drop of a hat, so make certain you have all the coverage you need. Here is a list of insurance coverage no business should be without.

The U.S. Small Business Administration explains that general liability insurance protects your business against a monetary loss for any number of reasons. Included under the general liability umbrella are bodily injury (slip and fall, for example), bond/judgment settlement, lawsuit defense, libel/slander, medical expenses, and property damage. Don’t go without this broad protection.

Entrepreneur magazine brings up an excellent point. Many home-based businesses forget to add business insurance to their homeowner’s policy. If you have business equipment in your home, such as computer equipment, fax machines, printers, and tools or other machinery, you need to secure additional coverage to protect them. Make certain your home-based business is protected in all areas.

If what you do could directly affect your client, you may need professional liability insurance. Also known as errors and omissions insurance, professional liability protects you and your business against your own mistakes. If you’re a CPA who makes a costly error on a client’s tax returns, you may be held liable for the mistake. This insurance protects you against your resulting financial loss.

Finally, if you work in some sort of product manufacturing, you’ll want to get your hands on product liability insurance. If your product has the potential to harm someone, you must protect yourself against potential legal action. Imagine a toy part you manufacture fails and children are injured or worse, your product liability coverage will protect you against any damages you may incur.

Never go without the business insurance coverage you need. Even if you work out of your home, you must protect your equipment against damage, loss, or theft. You might even consider insurance to cover your expenses in the event you cannot operate for a time. Can you afford to close your doors unexpectedly? Make certain that you stay in business no matter the incident. Whether a slip and fall or natural disaster, if you’re covered, you’ll be able to make a claim and keep your business running. 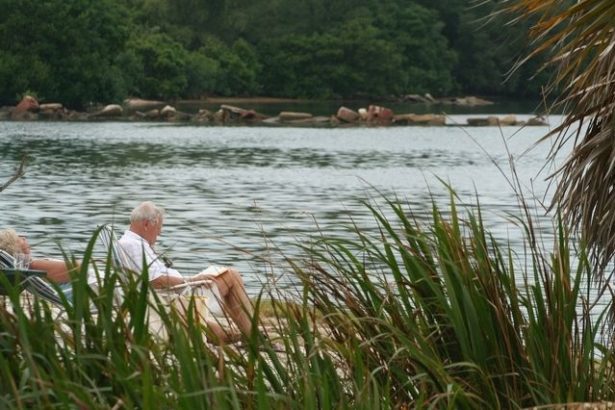 Retirement is one of the biggest goals we need to save for, since it is not possible to borrow to pay for retirement and government pension payments have long been the subject of jokes. If you don’t want to live in deep poverty on the dole in retirement, you need to plan properly now. Here are six misconceptions about retirement that could cost you in the long run.

First, Medicare is usually only available if you turn 65 and start collecting Social Security, so it isn’t an option at all if you retire early at 55. Now your retirement plan needs to cover the cost of health insurance. Second, Medicare doesn’t cover everything, though the cost of it is deducted from your Social Security check. You have to pay for hearing aids, laser eye surgery, dental work and copays. It typically won’t cover routine vision care or optional procedures like cosmetic surgery. You also won’t receive aid from the state if you want experimental treatment or top notch care when you have cancer or want private services instead of waiting for the state to provide it.

A general rule of thumb is to save at least $100,000 to cover healthcare costs alone in retirement. The cost of medical care in retirement is also why you should assume you’re going to spend as much in retirement as you do now, even if your tax rate is lower. Nor should you assume that Medicaid will cover costs like a nursing home, since the few that accept such payments have such low quality that the elderly desperately try to avoid ending up in them.

I Don’t Need to Save for My Wife’s Retirement

One too common tragedy is the man who signs up for the higher pension payout by declining the spousal benefit. The couple receives that money, and when he dies, the widow’s loss of her husband is compounded by the loss of his income. She now has to cope with impoverishment.

Sure, We Can Afford to Bail Out the Kids

Too many parents take out loans to pay for college for their children and hit retirement paying loan payments that eat into their discretionary income. In the case of federally backed student loans for parents, the debt cannot be discharged in bankruptcy and can be pursued by the IRS.

The book “The Millionaire Next Door” addressed economic outpatient care as one of the biggest impediments to building wealth. Well-meaning parents give their adult children money to live on during personal crises that never end because the adult child becomes dependent on the handouts. The parents sometimes pay for real estate that their children then live in, and while thought to improve their net worth over time, the reality is that the dependent young adults spend all of the money received and reduce their own income because they don’t have to earn as much as they spend. In short, financial gifts create dependency for young adults while preventing the parents from building up the financial nest egg they need to support themselves.

The Rules on Withdrawals Don’t Matter

Too many people fail to keep up with the rules on withdrawals from their retirement accounts. They cash out 401Ks to pay off debt while paying half in taxes or borrow against their retirement and risk paying the interest and taxes due when they lose their jobs.

Another rule states you can take money out of the IRA if you’ve become disabled before retirement age, though you must file the necessary paperwork. If filling out a form saves you 10% of anything you take out of the account, fill it out.

My Home Is My Nest Egg

One way this misconception hurts people in retirement is the assumption they can sell the home for a fortune when they retire, when the reality may be that the neighborhood has gone downhill and the property decreased in value. If you cannot sell or find you don’t want to move, the financial plan of moving to a lower cost state goes down the tubes.

Reverse mortgages promise to let you stay in the home and provide money based on the home equity, but these come with hefty fees that make it a worse financial decision than selling the house and putting the proceeds in an annuity. And this option may not be available to you if you have home equity lines of credit or an outstanding mortgage balance.

I Can Wait Until Later to Start Saving

Financial guru Dave Ramsey frequently talks about two theoretical young adults. One starts saving $3,000 per year for ten years starting at age 21 and stops at age 31, while the second starts saving $3,000 a year at age 31. Due to the compounding interest of the large nest egg, the first young adult has more money at age 65 than the one who started saving ten years later. Even if you can only save a little now toward retirement, start.

Then there’s the assumption that you’ll be able to save more later toward retirement. However, if you’re challenged to contribute 5% to retirement now, is it really likely you’ll be able to contribute 25% in catch-up contributions in middle age? Some people are afraid to start saving now in case they end up with too much money. Yet that isn’t a problem because the larger nest egg gives you the ability to spend more in retirement, give more to charity, stop saving several years before retirement, or retire earlier.

You cannot assume the state will pay for your medical costs in retirement; it won’t cover much of what you need and the quality of care will be poor. Save for your spouse’s retirement, since this ensures that your family saves as much as possible and prevents impoverishment if the main breadwinner dies. Don’t bail out your adult children, and don’t go into debt for their education. Learn the rules on retirement account withdrawals to avoid penalties and unnecessary taxes. Don’t rely on your home to fund your retirement. Start saving now, even if only a little. 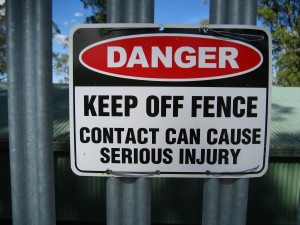 WEverywhere you look in America these days someone is hiring a lawyer and filing a lawsuit against a business for a supposed personal injury that took place on that business's property or as a result of negligence by an agent of that business. If you own a business it can be a scary thought that constantly lurks in the back of your mind. Fortunately, just like people have a right to hire an attorney to represent them if they have been injured as a result of negligence on your business's part, so too do you have the right to hire an attorney to protect your legal rights in the matter. With that being said, there are some ways you can help shield your business from outrageous personal injury claims.

How do you know this advice will work? That is because these suggestions come from the findings of a competent Los Angeles Personal Injury Attorney. Firms such as Jacoby & Meyers have seen first-hand what the court system looks for when deciding these types of personal injury lawsuits. Personal injury claims are by no means automatic for the plaintiff and taking the following steps may help lessen the financial damage that your company may suffer in a personal injury suit.

When someone is doing a task for your business such as mopping a floor, make sure they put up a sign or placard which indicates the floor is slippery in that area and should be avoided. It is important to have such things as hazardous materials properly marked and safety signage nearby that tells how to deal with a safety issue regarding them. Make sure you and your employees are keenly aware of any OSHA regulations that affect your type of business and that all OSHA procedures relating to your business are clearly displayed in a visible area where all employees congregate on a regular basis.

Just like your company holds meetings to discuss production, training and marketing; so too should your company hold periodic safety briefings. The courts look highly favorably on responsible actions such as these. It helps to keep your employees in the loop on ways to maintain a safe work environment and also teaches them to respond to a crisis in a way that minimizes potential harm.

Courts are unpredictable places when it comes to resolving lawsuits to say the least, so in order to protect your business in the event of a failed legal defense in a personal injury suit you need to have your business carry high amounts of insurance coverage. There are usually minimal amounts of coverages of certain types of insurances that businesses have to carry but raising those limits higher usually only costs pennies on the dollar so why not increase your coverages to protect yourself in the event of a personal injury claim.

The best advice is that you and your employees be proactive in regards to safety in the workplace, this will help avoid such things as personal injuries altogether so that these types of lawsuits never materialize in the first place.

Since I just finished creating this little guide for a client, I thought I'd publish on my site as … END_OF_DOCUMENT_TOKEN_TO_BE_REPLACED

Covid-19 increased unemployment in many countries. The United States suffered from business … END_OF_DOCUMENT_TOKEN_TO_BE_REPLACED