You are here: Home / Archives for Verizon

Recently, my kids had the opportunity to test out two smart-phones from Verizon. They both got a Droid Charge and we were able to take them with us on our trip to Walt Disney World this past October.

My kids don't have cell phones. As parents, my wife and I are still debating on what age they'll be when they get one. The question after that is do we pay the large monthly fees for smart phones, or do they just have a simple phone that lets them make/receive calls and text messages?

Regardless, both of my kids got to give these Droid Charges a try. As part of their homework, I asked them to write their own reviews from their experiences.

First up is my 9-yr old daughter:

When my dad told me I was gonna get to try one of VerizonÊ¼s new phones - to be exactÂ the Droid charge- I was super excited words couldnÊ¼t describe. Two of my favoriteÂ features were probably texting and the amount of space it had,I had one whole page ofÂ games.

One night I was so mad because I couldnÊ¼t ï¬nd the phone. First I thought I had left it atÂ the dinner table because we had eaten at Applebees my mom even called them to seeÂ if they had found it and they hadnÊ¼t. I got so mad I cried my self to sleep. The next dayÂ when my dad came home my mom went out to talk to him he had found the phone outÂ in his car next thing I know I have the phone again! So losing a phone is a big deal. YouÂ should make sure that they know that itÊ¼s their responsibility if they do lose it.

Overall I give Verizon props.

Having the Droid Charge was a lot of fun.Â The game choices in the Droid Market wereÂ good. Also the Advanced Task Killer was easyÂ to get to. All you had to do was hold the homeÂ button down. The phone does not charge n theÂ car very well but in an outlet on a wall it chargesÂ pretty fast. Another thing about the battery isÂ that is does not last very long, but maybe that'sÂ because my sister and I played on it 24/7 on theÂ way to Florida. Compared to the Evo, the phoneÂ is great. There are good graphics, the pictureÂ quality is better, and it being smaller is better.Â The only thing is the screen is smaller.

Now one of the things my dad wanted me to write about is kids having phonesÂ at my age which is 11 going on to 12. Now I do think that kids should have phonesÂ at the ages of 11-12-13 because now is theÂ time responsibility kicks in, for example, stayingÂ home by yourself, going to friends party's, justÂ doing things independently now. Also I am homeÂ schooled so communicating with friends is a lotÂ harder. I don't get to see my old friends everyÂ single day like used to. So I mean having aÂ phone would be neat, so I could talk to friends and also call/text my life group leaders forÂ questions and answers.

So over all this was a great phone. Out of 5Â stars I definitely would rate it a strong 4.

Both my kids really liked the phones and I'll admit it was nice for them to have them and not constantly be asking to use mine or my wife's for their entertainment. I still don't think they need their own cell phones at their ages permanently. My challenge is that I like all the smart phone features with availability of apps for them to use as an entertainment source. I just don't think adding the cost of the phone and data plan support for their age is a monthly expense many families want to shell out. I'd like a smart phone that I could have them use for just calls and text messages, but have wi-fi only access for the ability to download and run apps, not on the cellular network.

Now, what neither one of the kids knew at the time is that the Droid Charge allows me to use Verizon's Family Locator service application to monitor where the kids are at any given time.

Family Locator features Arrival & Departure update capabilities, which work based off of Locations that you define, such as school, home or work. When the Family Member carrying the Family Locator Family Member device arrives at or leaves a Location, you can be notified via Text Message or Email. In addition, you can also elect to receive Scheduled Updates at specific dates and times.

Since my kids are still pretty young, they're not quite at the age for me to feel comfortable letting them roam around Walt Disney World by themselves with or without a phone. However, once they get older and are more actively involved in extra-curricular activities and driving, I can absolutely see using a service like this to keep tabs on where they're going. The app would allow me to monitor their activity from my own Verizon cell phone or a Family Portal provided by Verizon. Very cool!

Photos: Multiple images from Verizon website composited into one image

In my last post I wrote about the planets starting to align or something in order to strongly encourage our household to move over to the Apple side of the computing spectrum. Part of the alignment of all of that activity was the opportunity to get my hands on an iPhone 4 on Verizon's network and see what I thought. 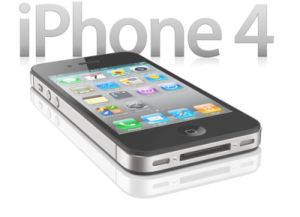 I won't get into all the reasons why I've generally avoided Apple products, so let's just jump right into what I thought about this phone.

The first thing I noticed about the iPhone 4 when I had it in my hand was the weight of the device. It felt heavy and solid. I liked this. You see, I'm not a buff, muscular guy, but I don't mind carrying around something with a few more ounces on it and whine about the size.

This is especially true when that weight comes from what appears to be some solid construction and materials. It felt like the iPhone 4 could take an accidental drop to the ground and have no problems living through it. Unlike some other phones that feel and look like they should have Fisher-Price stamped on the backs of their casing. You may sell your iPhone if you cannot fix it.

The other item that I was immediately impressed with when I used it was the on-screen, virtual keyboard. Generally I don't think I'll ever buy a phone that doesn't have a slide-out, physical keyboard, but what I noticed about the iPhone 4 keyboard is that it was much more forgiving than the on-screen keyboard available on my Samsung Moment from Sprint. I found that I could actually type fairly quickly with two fingers on the Apple keyboard with fairly good accuracy.

The last really noticeable feature of the Verizon iPhone 4 is the resolution of the display and also the quality of both still images and video taken with the phone.

I should also probably state that since my wife and kids have made the switch to Apple, both kids were always asking for the iPhone so they could play their favorite games. I don't really think availability of apps is a big differentiator these days between Apple and Android devices though.

Perhaps the biggest dislike I have on the iPhone 4 is having to install iTunes on your computer to manage the phone. In the entire time I had the phone I hardly ever had the phone plugged into my PC laptop. My first attempt suggested that I had to install iTunes on my computer to manage the phone and there was no way I was installing iTunes on my computer again. I absolutely hate that software. I did find out later that I could plug-in the phone through the USB device cable and disregard the iTunes prompts and still access the phone like an external storage device. I eventually used this option to get all of the photos and videos off the phone that I'd taken.

Another item that I didn't enjoy was that I would regularly try to find various menus and preference settings in the OS and on applications that I would expect and they'd either not be found, or just buried in unintuitive locations. There are also some other controls that make absolute sense when you finally have someone show you how to do it, or figure it out on your own, it's far from logical to find it on your own.

Overall phone call quality and network access never seemed to be an issue while I was using the phone. Since the phone isn't my primary phone, real-world, regular use as a phone device wasn't tested as much as I would have liked.

So there's my review of the iPhone 4. Am I dropping the Android and making the switch? No. Would I? Perhaps, but that would be inclusive of my final decision to then probably go full-blown Apple convert and completely move to all Apple computers and other devices. That day isn't on the horizon in the near future that I can see.

Note: I was provided an iPhone 4 from Verizon for review purposes in exchange for this blog post. My opinions and experiences with the phone are completely my own and were not influence positively or negatively by Verizon or any of their associates and partners.

Photo via Pexels Are you growing your business? In business, if you’re not innovating, you’re … END_OF_DOCUMENT_TOKEN_TO_BE_REPLACED

One of the things I love finding when I uncover the Internet is not just a cool website or topic, … END_OF_DOCUMENT_TOKEN_TO_BE_REPLACED

Getting a professional paint job for a house in Lakeway, Texas, is easy. There are many options to … END_OF_DOCUMENT_TOKEN_TO_BE_REPLACED